Pakistan Air Force (PAF) (پاک فضائیہ, Pak Fiza’ya) is the air arm of the Pakistan Armed Forces and is primarily tasked with the aerial defence of Pakistan with a secondary role to provide air support to the Pakistan Army and the Pakistan Navy. The PAF also has a tertiary role to provide strategic air transport and logistics capability to Pakistan. The PAF employs 65,000 full-time personnel (including approximately 3,000 pilots) and operates approximately 400 combat aircraft alongside various transport and training aircraft.

The primary mission statement of the PAF was given by Quaid-e-Azam Muhammad Ali Jinnah, the founder of Pakistan, during his address to the passing out cadets of the Pakistan Air Force Academy Risalpur on 13 April, 1948, and has been taken as an article of faith by all coming generations of PAF personnel:

“ A country without a strong air force is at the mercy of any aggressor, Pakistan must build up its own Air Force as quickly as possible, it must be an efficient Air Force, second to none.”

But the present scenario has required and enabled the Force to come up with an improved and up-to-date Mission Statement: “To provide, in synergy with other Armed Forces, an efficient, assured and cost-effective aerial defense of Pakistan.

Women in the PAF

Females have been enrolled in the Pakistan Air Force since its creation, but their induction had been limited to administrative branches only. However, females are now allowed to enroll in the aerospace engineering and other programs of the nation’s air force academy. Two batches of female fighter pilots graduated in year 2006 bringing out the first female pilots of the Pakistan Air Force.

On March 31 2006, Saba Khan, Nadia Gul, Mariam Khalil and Saira Batool were among 36 aviation cadets who received their wings after three and a half years of regular training. Saira Amin, a female cadet, has made history by being the first woman pilot to have won the Sword of Honour in any defence academy of Pakistan, at the passing out parade of the 117th GD (P) at Risalpur Of the first four female pilots, none qualified for a fighter aircraft squadron of the Air Force. They are therefore now part of the light communication squadron of Pakistan Air Force. Later on PAF High command decided to close women induction in future fighter courses.

The Nishan-e-Haider (نشان حیدر) (Order of Ali), is the highest military award given by Pakistan. Pilot Officer Rashid Minhas (1951–August 20, 1971) is the only officer of the PAF to be awarded the Nishan-e-Haider for sacrificing his life to save a plane hijacking. 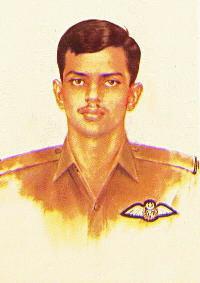 Others awarded of the PAF include: